You are here: Home1 / About

The Hatteras Island Cancer Foundation was founded in December, 2000, by Laney Howell.

Laney, who was born and grew up in Scotland Neck, NC, moved to Hatteras village in 1996. Shortly after she arrived here, she was diagnosed with breast cancer. After surgery in early 1997, she went through 4 1/2 years of chemotherapy, radiation, and stem cell replacement therapy.

During her treatment, her new friends on Hatteras pitched in to bring her meals, clean her house, care for her family, and drive her to medical appointments in Elizabeth City and Norfolk. She was amazed and awed by the manner in which folks on the island rallied around her — a newcomer. She decided she had to do something to repay her new friends in her new home, and she settled upon the idea of a foundation that would help cancer patients on the island.

In November, 2000, Laney called some friends together, and she explained her vision for the Hatteras Island Cancer Foundation.

By early 2001, the all-volunteer group had a board, officers, by-laws, and was ready to start raising money.

The goal of the foundation was simple — to help island cancer patients pay their medical bills and prescription drug bills that are not covered by insurance and help them pay travel expenses for treatment.

The Hatteras Island Cancer Foundation’s first fundraiser was a dance in March, 2001, featuring the Embers band. It was a huge success. Shortly after that triumphant beginning of the organization, Laney had a recurrence of her cancer. She died on July 5, 2001, surrounded by her family and friends. She was 48 years old.

Laney’s spirit and vision has been carried on throughout the years and hundreds of Island residents and their families have benefited from their neighbors’ generosity and thoughtfulness. Just as Laney was thankful for her neighbors and friends for helping her through such a difficult time, so too are today’s HICF grantees for the assistance we have been able to extend, only possible from our community’s support. 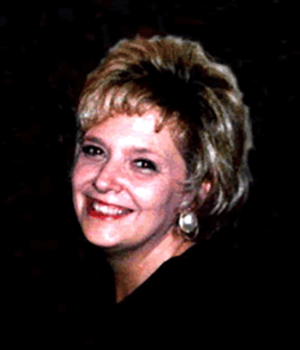 You all are wonderful. Thank you all so much. Your help is wonderful. Couldn’t do it without you all.

Thank you for your support of cancer patients. Please accept my small donation for the wonderful support you give.

With love, The Mother of Grantee #158

I wanted to thank you and let you know how very grateful I am for all you did for me. You made a horrible situation so much easier on me and I thank you from the bottom of my heart.

I want to thank you for your generosity in reimbursing me for my mileage to treatments, doctor’s appointments and hospitals.

The stress was hard to deal with, but y’all made a difference. Only God can put people like y’all in a place to help people. My next appointment is in 3 months. Love you all and thank you.

Thank you so much for everything. January 1, I will be cancer free for 14 months. This would not have been possible without your support.

It is with a grateful heart that we send this note to you and your organization. Thank you for approving our grant request. This will make the recovery from cancer treatment a little easier.

Thank you so much for the help in these stressful times. You have certainly eased our burdens. We are so very grateful!

I second the feeling, without you guys, things would look pretty bleak. Thanks so very much!

I want to thank you from the bottom of my heart for your assistance with expenses. The money has helped with the many needs as we navigate this journey. We only need to go to Nags Head weekly and to Norfolk monthly for infusions (3 more!). We feel financially we can cover this and that others can benefit from your help. We are Island strong and HICF has proven this! God Bless!