News
You are here: Home1 / News2 / HICF News3 / On Hatteras Island, October is the Time to Drink Pink 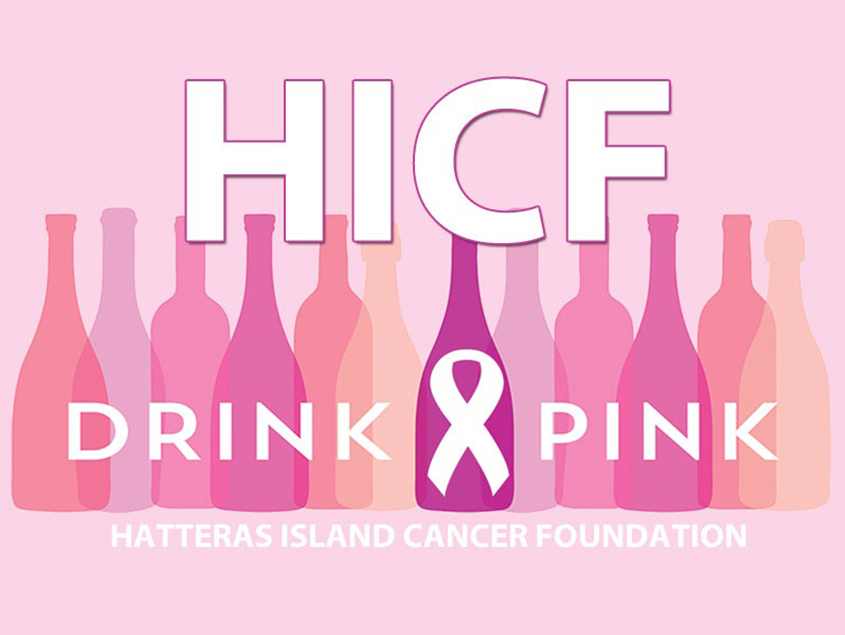 Forget the traditional fall colors of red, orange and brown – on Hatteras Island, October is the time to think pink.

The month of October is nationally recognized as Breast Cancer Awareness Month, and it’s an important designation for women everywhere, which includes our island neighbors who are close to home.

According to the American Cancer Society, breast cancer is one of the most common cancers for American women, and the average risk of a woman developing breast cancer at some point in her life is around 12%. (Although less common, it’s also possible for men to develop breast cancer as well.)

This is why on Hatteras Island a number of local restaurants and businesses have joined the Hatteras Island Cancer Foundation (HICF) in their annual Drink Pink Campaign, which celebrates our local ladies through delicious and island-wide libations.

HICF is an all-volunteer, non-profit organization which provides support for cancer patients and their families who live on Hatteras Island. Founded in the year 2000, the HICF provides assistance to local residents dealing with cancer to help with needs such as travel expenses, prescriptions and medical supplies, as well as medical bills that are not covered by insurance. To date, the Hatteras Island Cancer Foundation has assisted over 197 residents with cancer through grants in excess of $985,000.

In an effort to address this continual need for help throughout Hatteras Island, the “Drink Pink” campaign was first launched in October 2014 by Jomi Price at Ketch 55, and has grown every year with more and more restaurants and businesses getting involved.

This toast-worthy event features ample opportunities to sample pink drinks of all varieties – from milkshakes to cocktails – as restaurants offer their own pink concoctions, with all proceeds going to the HICF.

During the month of October, restaurants across Hatteras Island will support HICF by including a special pink drink on their menus. HICF encourages locals and visitors to sample the various drinks – (responsibly of course) – from the different locations.

*More establishments may be added.

Please stop by any of the above organizations to purchase your pink drink and to make a contribution to a very worthy organization that has been helping islanders battle cancer since 2000.

For more information on Drink Pink, and other October events hosted by the HICF including the new Virtual HICF 5K, see Events.